started a topic almost 5 years ago

Microsoft has been supporting setting the DPI of a Windows Remote Session for the last couple of years, and other apps like Microsofts own Remote Desktop Client and Jump Desktop has implemented this feature.

I really miss this setting from Royal TSX. This is supported on the Windows-version of Royal TS, but still not on the Mac.

I hope you can implement this feature in the near future.

Example screenshot from Jump Desktop, where this feature is called "Desktop Scale": 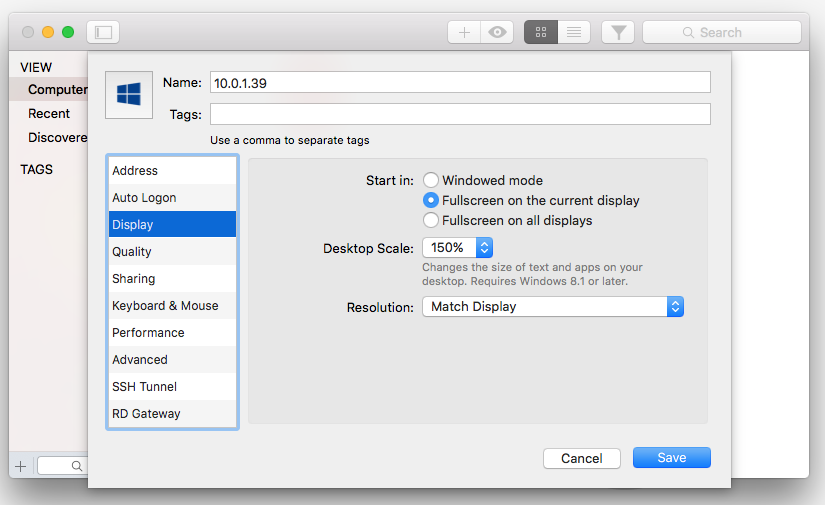 This is already supported on Retina screens and we'll update our FreeRDP plugin to include support for setting the scale factor even on non-Retina screens in the next update.

As usual, you can get the beta here: https://www.royalapplications.com/go/kb-ts-mac-downloadbeta